What is Asbestos? Why is it so dangerous?

Asbestos and asbestos disposal waste is extremely hazardous and can occur in a number of different forms, and is formed of minerals made up of millions of microscopic fibres. In the past, its use was significant in many buildings. It was regularly used in Artex ceilings, flooring, roofing & types of insulation and plumbing materials. This was particularly the case during the building boom between the1950’s to the late 1980’s. Asbestos is now a banned material and cannot be used. It is often found in buildings & outbuildings formed prior to the year 2000.

If the Asbestos-containing materials remain intact & lay undisturbed they pose minimal risk. The problem starts when you want to undertake any work(s) & disturb it. If you uncover Asbestos at this point, it is certainly the time you will want to contact The Waste Group Asbestos disposal experts swiftly.

Asbestos is dangerous because:

Materials containing Asbestos become a health hazard once damaged or disturbed & their microscopic fibres are released into the air. These fibres can be inhaled, they are not only damaging to your health and your pets, but also the whole environment in general. When these fibres are inhaled, they can lead to extremely serious diseases. These diseases do not have immediate effects, but can cause a multitude of fatal or serious diseases. It is incredibly important you fully protect yourself, and do not underestimate the dangers. 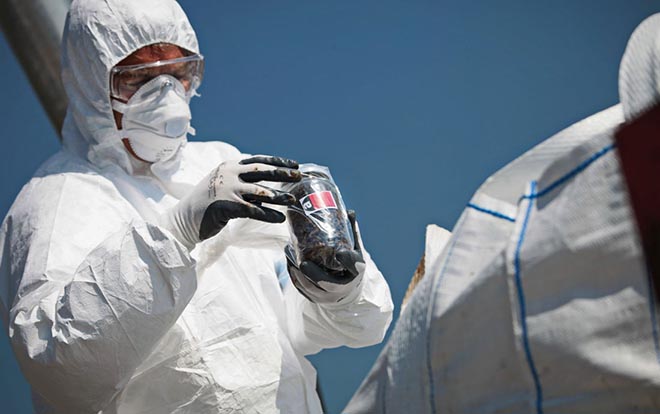 Asbestos Disposal with The Waste Group

We can help you straight away. We have a wealth of experience & an unrivalled reputation for speed, professionalism, and knowledge, we are a market leader in Asbestos disposal.

We pride ourselves on our ability to provide our customers with immediate responses, no matter the size of the job you contact us about. However small or large an amount you are dealing with, when confronted with dangerous substances like this, you need to know you’re in safe hands.

Our highly-trained staff can provide you with the collection, transfer & disposal according to the current waste regulations as well as your requirements. We supply a range of well-maintained, open & sealed containers & have access to extensive disposal facilities across the UK. We are undoubtedly the best-positioned operator in the country to deal with any of your Asbestos concerns immediately. 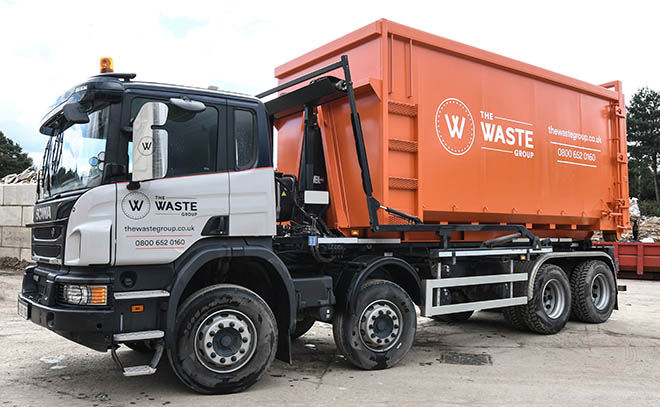 All the Asbestos we handle is safely disposed of in designated hazardous transfer stations or hazardous waste landfill sites in line with the Landfill Directive & Environmental Permitting Regulations.

Worried about forms?  Don’t be, we provide our clients with all of the relevant paperwork required by law.

If you need any information, please do not hesitate to get in touch. You can see which areas we cover here.

However large a job, however small a job, we are the only company you need to call for Asbestos disposal and will handle your enquiry like the priority it is. 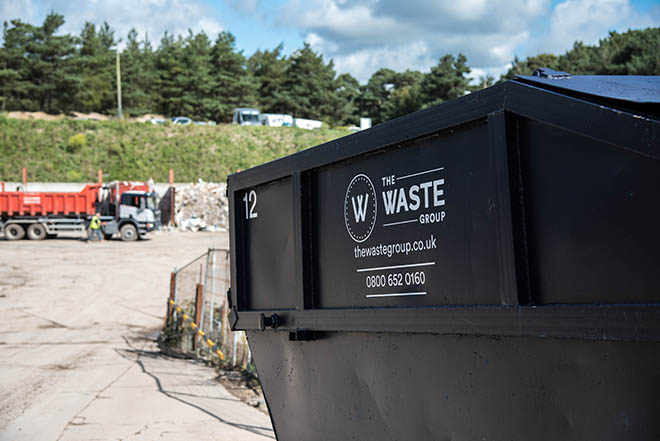 Where Can I Keep A Skip?

It’s a question we get asked a lot by our domestic skip hire customers; where can I keep a skip?…
Read more

What Size Skip Should I Get?

Choosing a skip to hire can be a complicated business. For one thing, there are so many different sizes. Asking…
Read more

Can I Put Food And Drink Waste In A Skip?

Here at The Waste Group, we’ve had skips returned to us with all sorts of stuff in them! If you’re…
Read more

What Are The Strangest Things We’ve Found In A Skip?

You know the saying “where there’s muck, there’s brass”?! Well, here at The Waste Group, we find that this is…
Read more
Top